The Minotaur was imprisoned for life in the labyrinth and is fed once a year with human sacrifices. Theseus goes into its passages with a single purpose: to kill the monster. 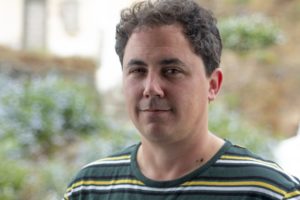 About Director
He is the co-founder and creative director of Perruncho Studio. He holds a degree in Fine Arts and has specialised in animation. He has a multidisciplinary career with directing as his most significant. He has directed multiple short animation films such as Rupestre and Cara de Luna.