All screenings are admission free.

Registration is obligated from the link below for all the screenings in French Institute
https://www.inscription-facile.com/form/qCburjiJMg4c2FX0kKpc

After a presentation of the scenarist of the awarded animation films; Anik Le Ray, the talk continue for the participant scenarists in brunch. 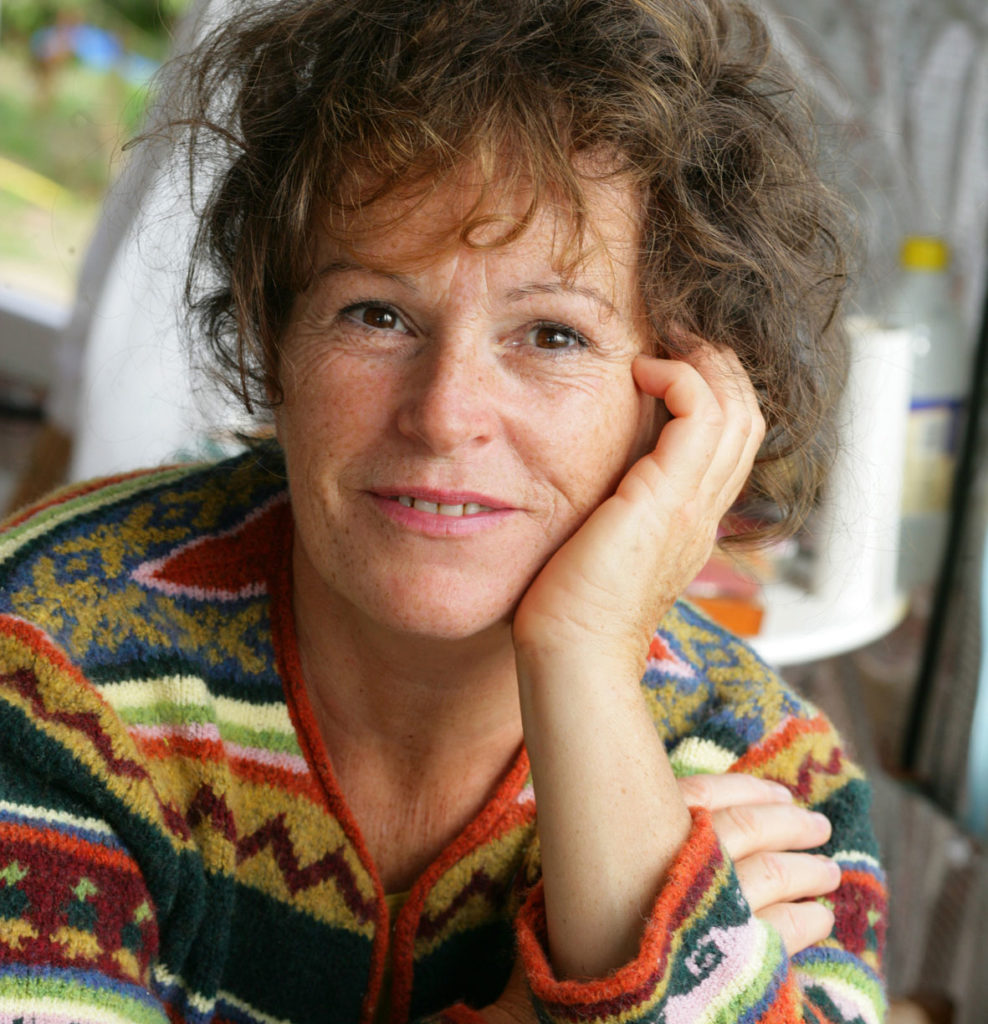 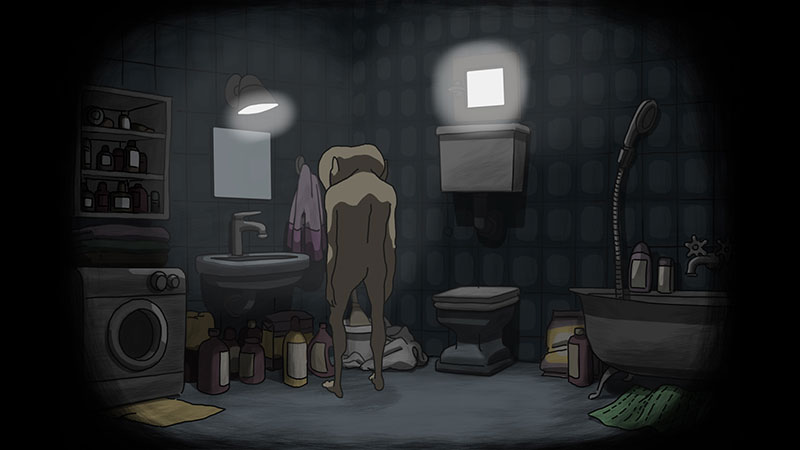 An anthropomorphic figure with a head of an elephant stands in front of a mirror in a bathroom. As we sink into deeper and deeper layers of a strange organism that resembles a nervous system and a plant at the same time, the elephant-head character seems to react in a violent and unpredictive way, creating a kind of a choreography, which ends in the vanishing of the character himself. 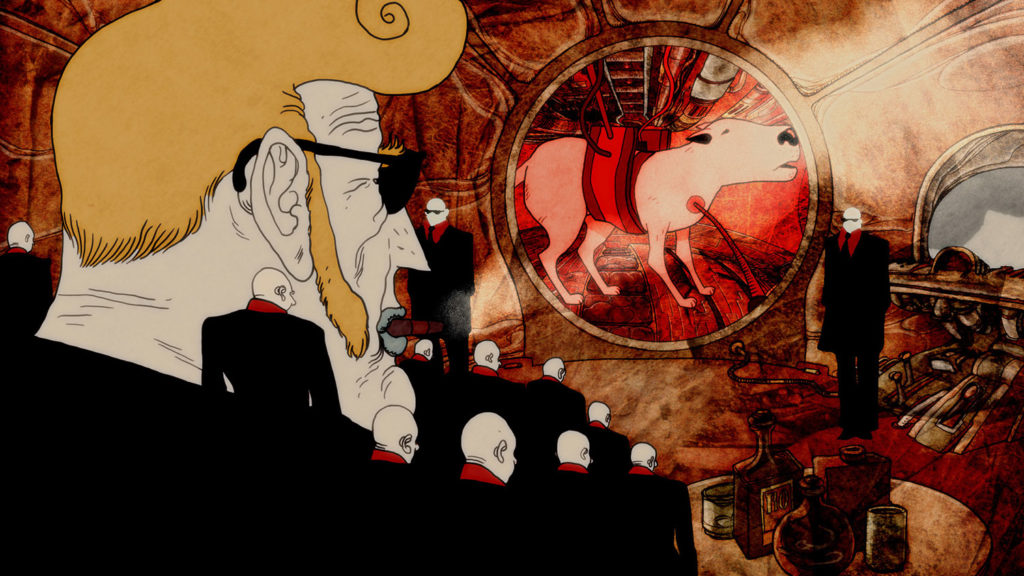 Layka, a female dog/bitch, gets kidnapped and then launched to Space. Choban, the owner, starts a search and ends up in an underground city where he, by chance, embarks on a singing career, which leads him to the ups and downs of stardom. Meanwhile, Layka ends up on a planet inhabited by a mysterious black granny Moira who tailors fate and bends time and space. 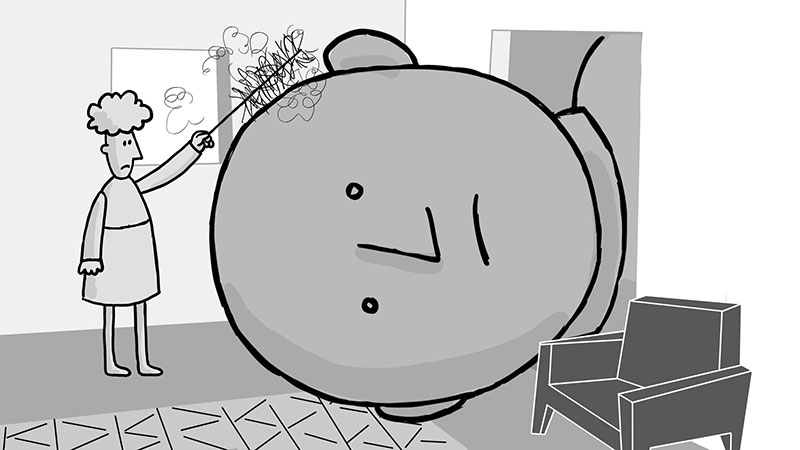 A young woman named Etta is spending a solitary evening at her apartment, doing housework, cooking dinner and watching TV. She is turning on different machines, one by one, which fill her apartment with painful noise. On TV Etta sees a film in which Milena lives a beautiful life with Đuro the giant.

Ana Horvat
Born 1977 in Zagreb, graduated in 2003 from the Academy of Fine Arts in Zagreb. Exhibited in several groups and solo exhibitions, pursue sculpture, installations, video and photography. Member of HDLU and HZSU. Works as an animator since 2005. 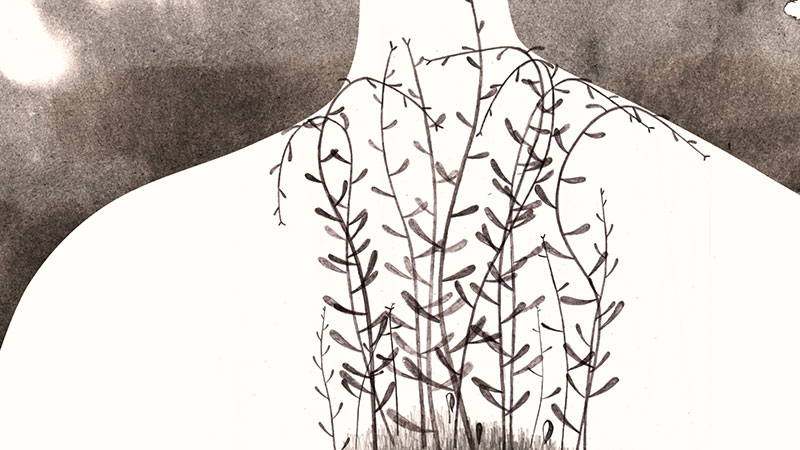 Petra Zlonoga
Petra Zlonoga (1982) holds an MA in Graphic Design from the School of Design (2007) and MA in Animated Film and New Media from the Academy of Fine Arts in Zagreb (2011). Since 2009 she works as a freelance graphic designer and illustrator. 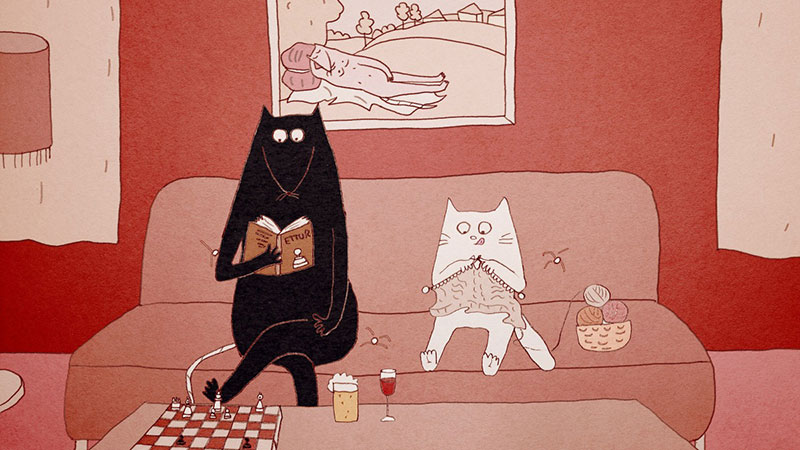 Herman is a rat who enjoys heavy drinking, loud grind music and chess. He doesn’t care much for cleaning and the disorder in his apartment only makes him feel more at home. One day a very tidy cat who has a weakness for messy macho-men decides to move in. She also brings a vacuum cleaner, a piano, and what’s worse – a collection of classical music records.

Chintis Lundgren
Estonian animation director. She started in 2008 as an independent author and since 2011 she runs her own animation studio called Chintis Lundgreni Animatsioonistuudio. She is also a co-founder of Adriatic Animation, Croatia. 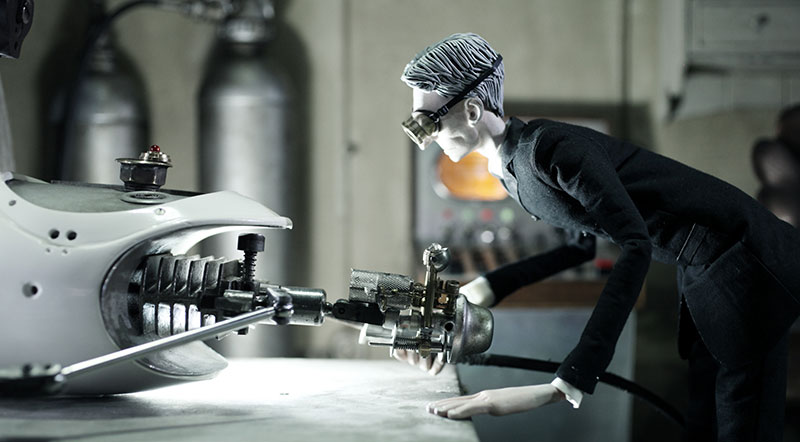 In a hidden lab, after Tesla’s death, tremors caused by passing train, woke the robot. The robot soon becomes aware that he is Tesla’s creation, and in anticipation of his arrival is spending his time watching TV. Due to the life as single, the robot becomes depressed, so when he sees a strange relationship between man and woman on tv, decides to make his life partner. The same problem repeats as when he was created, something just does not work and the female robot doesn’t give signs of life. Finally, when he lost all hope, a twist of event occurs.

Bruno Razum
Born on February 14, 1975. in Zagreb. In the year 2004 graduated from the Academy of Fine Arts, education department, department of multimedia lead by prof. Ladislav Galeta. Commercially works as animator and motion graphic designer. Member of ULUPUH. 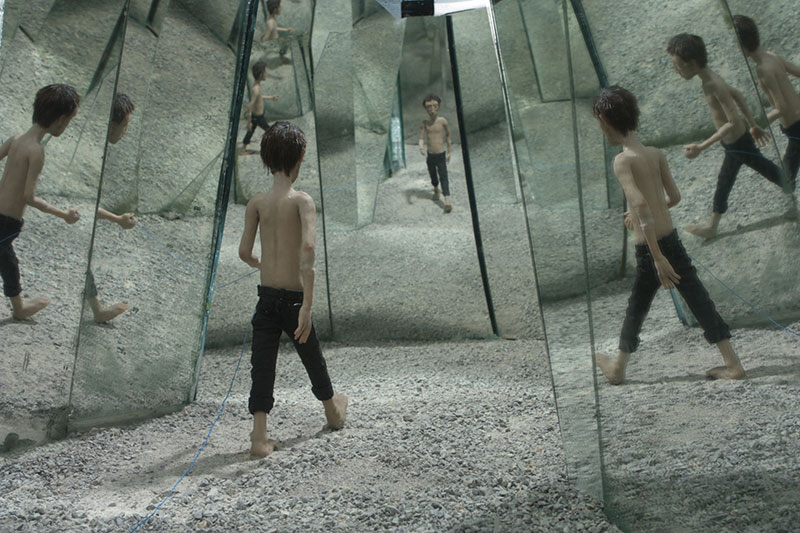 Which image is real – the one staring at us from the mirror or the one standing in front of it? In hallways filled with illusions, a simulacrum behind the looking glass, he is trying to find out if he is looking at a stranger or a hidden part of himself.

Ivana Bošnjak
Ivana Bošnjak (1983) graduated from the Graphics Department of the Academy of Fine Arts in Zagreb and Animation at the University in Volda, Norway. Her graduation film Crossed Sild, made in collaboration with Lea Vidaković, has been screened and awarded at many international festivals. She works as a model maker and animator.

Thomas Johnson
Thomas Johnson (1984) graduated Time Based Media from the University of Wales Institute, Cardiff and currently studies at the New Media Department of the Academy of Fine Arts in Zagreb. His puppet performances were shown at several festivals. He works as a model maker and animator.

Moving through a world filled with scanners and surveillance algorithms, while frivolously using different social networks, online forms and credit cards, the man of today gives away his privacy voluntarily. A decent citizen has nothing to hide. Only criminals do.

Daniel Šuljić
Animator, musician and DJ, born in Zagreb. Graduated painting/animation, Mkl. Attersee, at Hochschulle für Angewandte Kunst, Wien, Austria. From 2011 artistic director of the World festival of animated film Animafest Zagreb. He was an artistic consultant for an animated film at HAVC, currently, he is a member of the council for the film of the city of Zagreb. 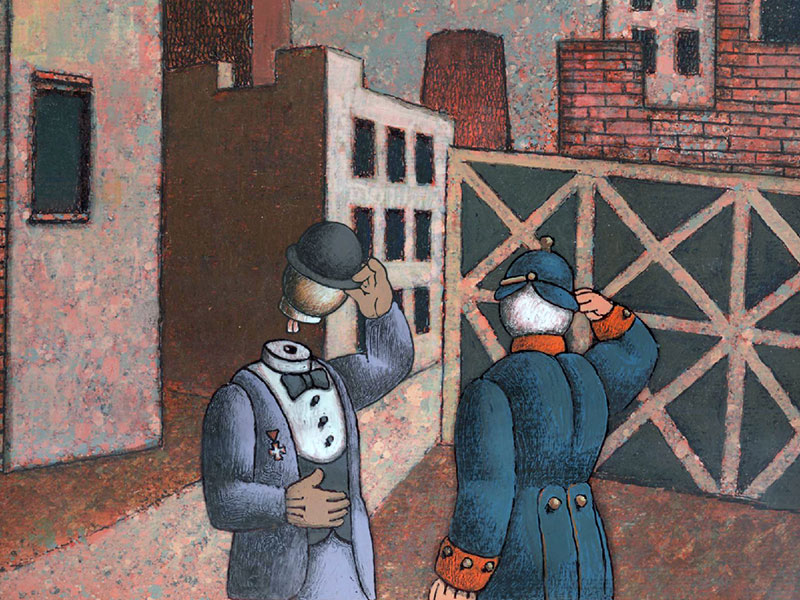 The film represents an author’s own memory of the dawn of the World War II in Germany. Mrs. Sarika is leaving to a Jewish retirement home, something what should have been a quiet and peaceful end of life, turned into a terror of holocaust and she becomes a victim as well.

Zlatko Bourek
Born in 1929; Academician, sculptor, painter, theater and film director and author of animated films. Since 1955 exhibited in numerous group and private exhibitions local and international. Worked as a theater set designer, costume designer, writer and director in puppet theater. In 1956. together with D. Vukotic and N. Kostelac, he established a Studio of Zagreb film and worked there on the scenery for the first film of the new studio, Robot by Dusan Vukotic. Since 1961 he began to create their own works as a writer, designer and director.

Pavao Štalter
Born in 1929, painter. set designer and director. Longtime illustrator of school textbooks, books for youth and children’s picture books. In 1958 he began to work on the animated films in a framework of Zagreb Film. Since then he realized scenographies for over fifty films. In 1963 based on his screenplay he co-directed, along with Z. Grgic, film “Five,” for which he received several international festival awards. A number of films followed in which he acts as director, art director and screenwriter, recognized with numerous awards on festivals worldwide. 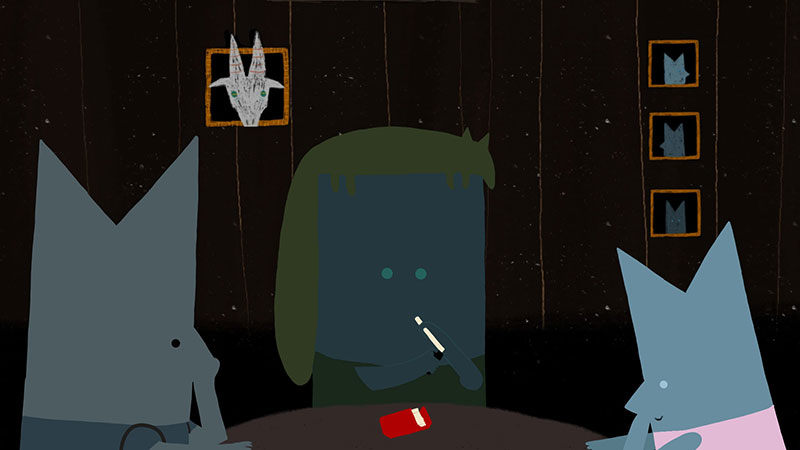 Three little wolves are spending a late afternoon together. The story reveals how they ended up alone.

Jelena Oroz
Jelena Oroz (1987) graduated in 2014 from the Academy of Fine Arts in Zagreb,
Department for Animation and New Media and from the Arts Academy in Osijek in 2008. She works as an animator and currently prepares her new film. 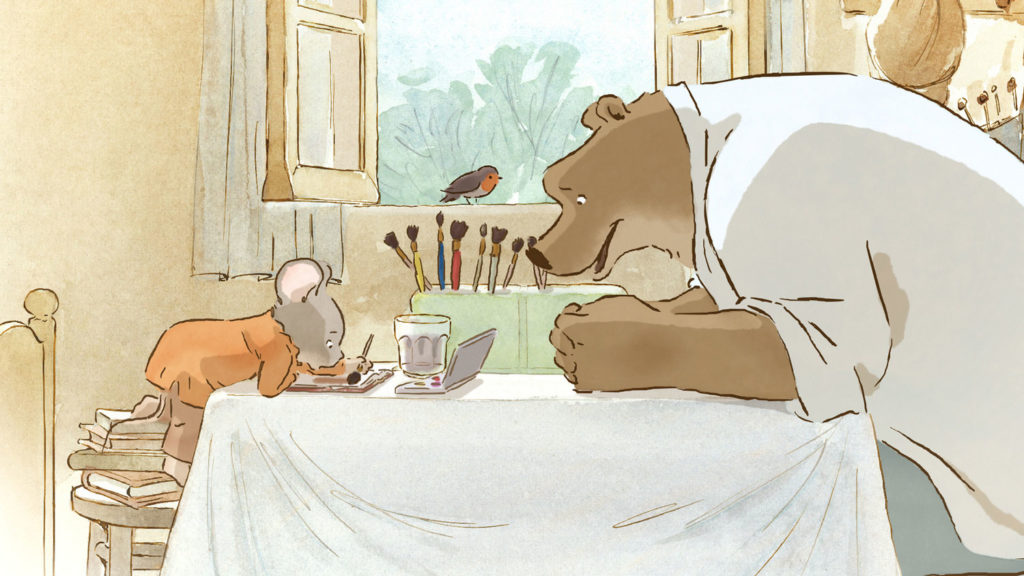 There is a world where the Bears live above ground in their cities and the rodents live below in their underground ones in mutual fear and hate. However, Celestine, an apprentice mouse dentist, finds at least momentary common cause with Ernest, a poor street Bear musician, that gets them rejected from both their respective worlds. In spite of this misfortune, the exiles find a growing friendship between themselves as their respective talents flower because of it. Despite this, their quietly profound challenge to the founding prejudices of their worlds cannot be ignored as the authorities track them down.

Stéphane Aubier (1964) is a Belgian film director and screenwriter. In 2009, he wrote and directed the animated film A Town Called Panic along with Vincent Patar. It premiered at the 2009 Cannes Film Festival and was the first stop-motion film to be screened at the festival.

Vincent Patar (1965) is a Belgian film director and screenwriter. 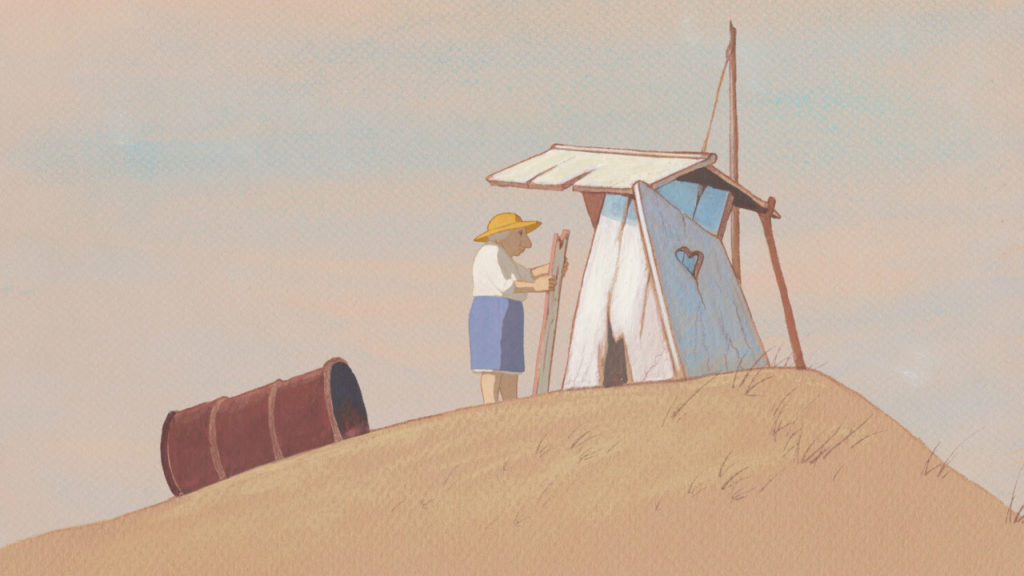 Louise, an old lady, finds herself stranded in a seaside resort after the last train of the holiday season has left the station. But far from panicking, the fearless Louise decides to stay, no matter what awaits her. And the worst does await her: foul weather, heavy rains, high tides. Under such circumstances, will this new Robinson achieve her goal and manage to survive amidst the raging elements? 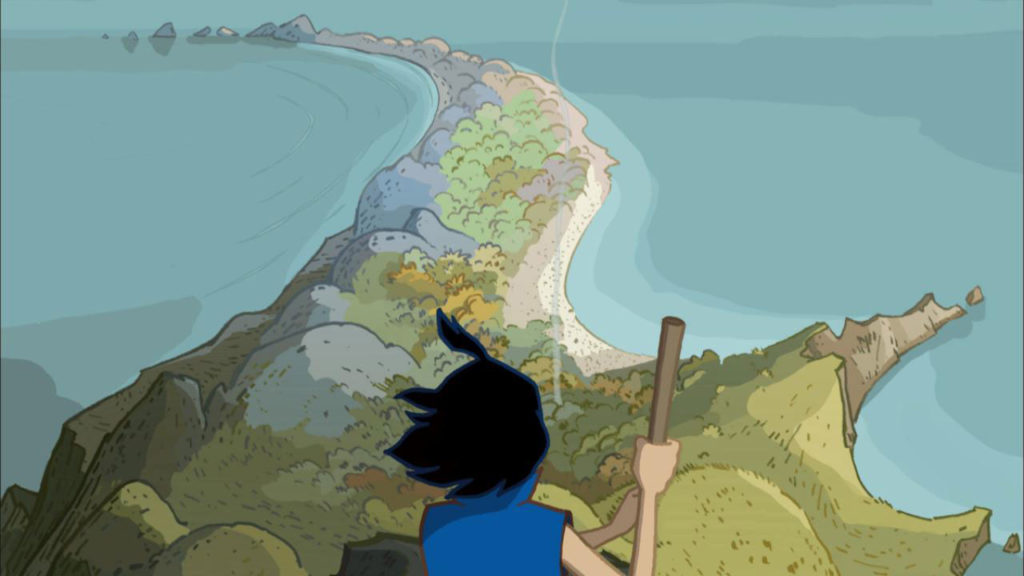 Kid, a 15-year-old hard laborer, steals a map that promises to reveal the location of the notorious pirate Black Mor’s treasure. Together with his crew — MacGregor, Beanpole, Taka and Jim the monkey — Kid procures a vessel and sets out to sea.